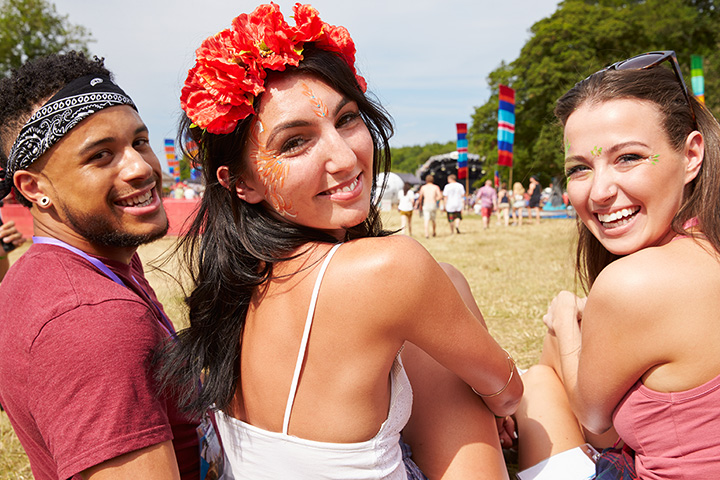 Many a traveler and local can attest that Delaware is a historically rich destination. Some of that history is actually pretty quirky. Here are 15 fun and unexpected facts that will change the way you see the state of Delaware.

1. Its shoreline has some rather spooky names

So, if you’re not a local and you make a wrong turn on your way to one of the famous Delaware beaches, you might find yourself in a place called Slaughter Beach or at a traverse known as Slaughterneck Road or worse yet—you might have to cross the Murderkill River. The names of these locations are haunting to say the least and there is a great deal of speculation surrounding these ominous monikers. Many a historian has suggested that the names are the result of wars that took place along the coastline, turning the wicked ocean waves into a blood bathed spectacle far and wide. Still, locals maintain the theology that the names derive from the millions of dead horseshoe crabs that have washed up on the beaches. Speaking of horseshoe crab.

If the fact that dead horseshoe crabs are known to wash up along the coastline doesn’t intrigue you, it might suffice you to know that these ill-fated creatures are the state’s official marine animal. Horseshoe crabs are unique because they’re estimated to have been in existence for over 450 million years and are categorized as “living fossils.”

3. Its pre-European history is well preserved by the Nanticoke Native American Tribe

The Nanticoke Native American Tribe members are the descendants of the oldest Delawareans known to mankind. Their time-honored traditions are well preserved within the community. They run a church, a center and a museum within the state.

4. Milk is the state beverage

India may be the world’s largest exporter of the cloudy liquid that does the body good, but Delaware is its No. 1 fan. That is why they made milk the beverage of the state, giving it precedence to every other fun drink from craft soda to coffee.

5. Delaware Is home to the Bob Marley Festival

The annual People’s Festival has been taking place in the Diamond State for more than 20 years now. It’s actually a massive, musical tribute to legendary singer Bob Marley. Bob Marley resided in Delaware for many years and was known to speak highly of the state. So, each year, on the last Saturday in July, music lovers from all across the nation gather at the Tubman-Garrett Riverfront to partake in a wide variety of festivities and to sway to the music styles of local and international bands.

6. Punkin chunkin is a thing here

Speaking of quirky annual festivals, have you heard of “punkin chunkin”? It is the largest annual pumpkin chucking competition in the world and it’s held on a campground in Bridgeville, Delaware. Attendees can enjoy camping, tailgating, pageantry and the satisfaction of hurling big orange gourds into the air on massive catapults and watching them be smashed into the ground.

7. President Obama was spotted digging into a dish at the local Charcoal Pit

While President Obama was residing in the White House, he was dining in the First State. He was witnessed grabbing a bite at the now famous Charcoal Pit, a Delaware staple for sandwiches, shakes and more. The Charcoal Pit is the home of the original quarter pounder and it’s still blazing the food trail nearly 70 years later.

8. Joe Biden is a Delaware guy

You can’t go too far on the internet without coming across one of the now infamous Vice President Joe Biden memes. Without the state of Delaware, none of that would have been possible. In fact, several other presidential candidates are really big fans of Delaware. As you’ll soon find out, some of them even share the same Delaware address.

9. A steampunk tree house is part of the scenery

Have you ever stared out into the open, looked up at the big, deep blue sky and thought, “Wow, a steampunk tree house would totally enhance this landscape?” Well, somebody did and thanks to the gesture, Milford, Delaware looks like it belongs in a Tim Burton movie. The 40-foot tree house that greets many a Milford resident is comprised of steel, adorned in clocks and sitting slightly off center, as you might expect. It’s a unique Delaware attraction with a fun history that starts at Burning Man and ends at the Dogfish Head Brewery.

Delaware is one of only five states in the nation that doesn’t add a pesky sales tax to purchases. Feel free to shop here until you drop.

This might very well be the most baffling (and new) oddball fact to touch down in Delaware. According to sources like CBS Local, Hillary Clinton and Donald Trump both own a business that operates out of a tiny office on 1209 North Orange Street in Delaware. To add to the oddity, they join the ranks at this address with 280,000 other companies. Talk about a cramped office space!

12. The Lego collection is massive

As it turns out, Delaware’s got a lot of sake in Lego. Not only is this the state with the notorious Lego League that was founded in 1999 and is affiliated with NASA TV, but it is also home to the largest Lego tower on Earth. The structure, which was built by students, rises up at an astonishing 112 feet and it accounts for more than 500,000 individual Legos.

13. Delaware was the first state to ratify the Constitution

Back in 1787, giving an extra-legal document a unanimous seal of approval was outlandish and unheard of. However, Delaware’s delegates singularly changed that ideology by becoming the first state to ratify the U.S. Constitution.

14. It houses a ship that’s ten stories in stature

There are so many reasons to visit Wilmington’s glimmering riverfront but one that immediately stands out is the Kalmar Nyckel. This billowing vessel was crafted after the Dutch Pinnace and it sits on the waterfront ten stories tall. One of its many unique programs is an educational program where the ship plays the part of a “floating classroom,” teaching thousands of children first hand maritime skills.

Many people have no idea how much influence Delaware has on the music scene. This was legendary singer Bob Marley’s home. It’s the location of the prestigious Firefly Music Festival and it also holds the most popular jazz festival the East Coast has seen to date.