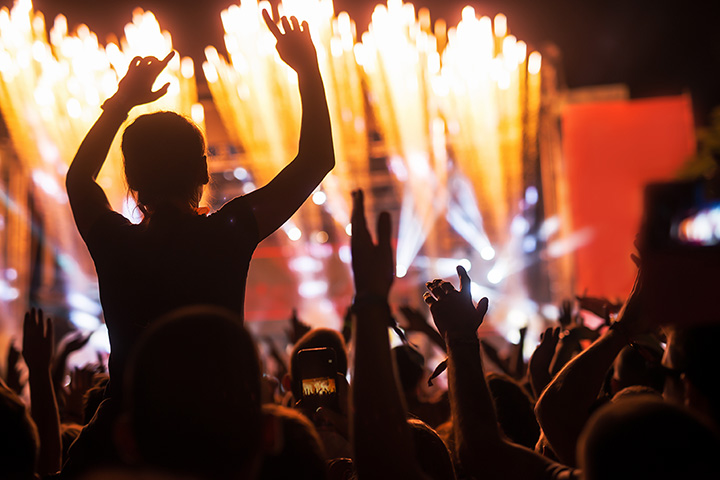 Delaware’s music scene is diverse and so are the venues that hold it together. From colossal dance halls to holes in the wall, from little-known stops to world-famous facilities, each of these venues has a unique place in the heart of the state they represent. Here’s a look at the top 7 best music venues in all of Delaware.

Delawareans just call it the Grand and boy is it ever a spectacle to see. This towering historical site was designed in 1871 in Second Empire Style, an architectural variety so antiquated that it’s difficult to find today. This colossal opera house is bringing the old world to a new crowd in a big way. Not only do they host musicals and children’s shows, but local performers are also known to take the stage here. Their Stage Door Pass even puts their platters on the lineup as hungry patrons are now invited to partake in a VIP dining experience to coincide with their concert of choice.

Rock and metal are alive and well in Wilmington, too and one place to catch all the smashing acts in this genre is located right in Wilmington. Indie and industrial performances are abundant and the atmosphere is as energetic as the crowd it draws. This is a late-night venue that stays open until 1 a.m. seven nights out of the week.

Get out in the open, salt water air and enjoy the sounds of pretty much anything you find pleasing by stopping in at this bandstand beside the beach. This opulent outdoor structure showcases various live performances throughout the year. This is one you’ll fair better at viewing in the peak season, when the state is on the edge of summer and the talent is pouring in. Cop a squat underneath the stars with your sweetie and let the symphony proceed. You might even catch a pre-show on the boardwalk where indie musicians are known to croon on benches.

Jam sessions and full on concerts are the centerpiece of this seasonal venue that never fails to impress those who step inside. While it’s mostly known for hosting jam sessions, its summer event calendar features a good share of talent as well. This is another venue worth seeing in peak season that draws a young, enthusiastic crowd.

Would you like to be the star of your very own musical jam session? If so, Newark, Delaware’s Deerpark Tavern is just the spot to try out your chops. Their music venue is complete with legendary food, trivia nights and some of the best karaoke on Main Street. As a bonus, the venue is located in a historical building that played a huge part in the American Revolution.

Nestled into the shoreline just off the coast of Fenwick Island, this seasonal open air sit stage features a wide array of incredibly diverse performances. Even though it’s not a year-round venue, its versatility in the way of talent makes it a high-ranking concert hall, not to mention the fact that free parking and a cozy little café complete the scene.

The Woodlands of Dover, Dover, DE

When the woodlands of Dover are prepped for the annual Firefly Music Concert, they become one of the biggest musical attractions, not just in the state, but also, in the nation. This is one event that shines with some of the biggest and brightest top 40 stars each year. A great deal of this success should be attributed to the venue itself. The open-air space here makes it possible to go camping and/or glamping as part of the experience. These grounds are often adorned in shimmering lights and decorations. The sound system distributes high quality concert sound at an amazing volume and the crowd simply feeds off the atmosphere. This is where you’ll want to come if you’re seeking high energy, intense vocals and a vintage concert feeling that must be experienced rather than described.