The 9 Best Comedy Spots in Delaware! 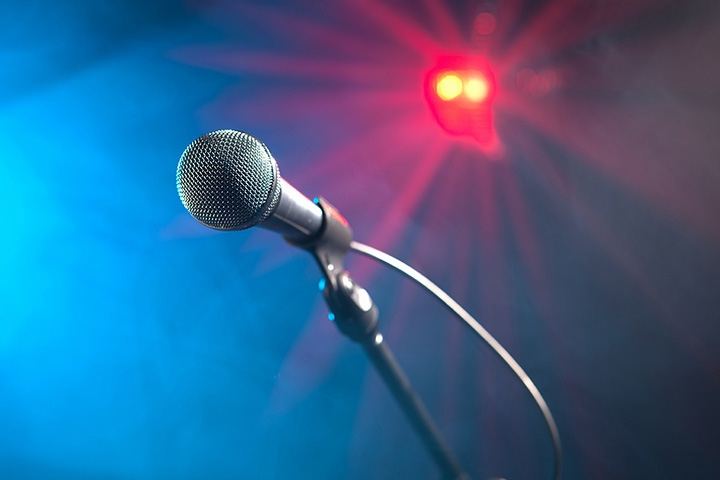 Delaware’s immaculate theaters and cozy arts centers boast calendars filled with top-notch comedic talent. Whether you’re looking for standup from nationally-recognized stars or a more personal performance from the next big name in comedy, you’ll find it in the Diamond State. Here are the 9 best comedy spots in Delaware!

The Milton Theatre is bursting with creative talent. Offering more comedy shows than any other Delaware venue, their calendar is always full and you can definitely find something to whet your comedic appetite. Want to go to multiple shows? Become a member and save 10 percent year-round on all mainstage tickets.

Widely known for hosting Broadway shows, national and international orchestras, and international talent, the Grand Opera House in Wilmington hosts some of the biggest headliners. If the headliners don’t get you in their seats, the building will! The Opera House has been around since 1871 and has been renovated time and again. At one point, it was even a movie theatre for second-run horror films and Westerns. Today, the Grand hosts over 75 shows each season, spanning from symphony orchestras and ballets, to the latest in comedy, with jazz, folk, and family artists as well. Take a look at their website for upcoming events and membership information.

Dining and entertainment go hand in hand, and at the Candlelight Theatre in Wilmington, you can have both at the same time. The Candlelight’s mission is “to continue the tradition of employing and educating artists by encouraging them to explore and hone their craft through the art of live theatre.” Check out their All Access Comedy Club for light fare buffets and laughs.

The Second Street Players beautiful theatre is located in the heart of downtown Milford, on the south bank of the Mispillion River. The Second Street Players programs are made possible in part by the Delaware Division of the Arts, a state agency dedicated to nurturing and supporting the arts in Delaware, in partnership with the National Endowment for the Arts.

The Dickens Parlour Theatre is a one of a kind here in Delaware. It is here where you’ll find world class magic and live entertainment year round. Performers from all over the world continue to give generously of their time and talent in supporting Dickens. The theatre hosts a different magician every single week of the year and is quickly growing to be one of the larger magic families on the planet. Keep an eye out for shows of all types including comedy, jazz, and plays.

Want to get lost with the pirates for the day? Well they’re stationed in Lewes, and they’re ready to take you sailing with them on a comedic voyage on the Atlantic Ocean!  This 70-minute pirate fantasy cruise comes complete with music, dancing and a battle with Pirate Pete using 12 water cannons. Bring your children who can dress up, get their faces painted, and bring home a bag of booty from the treasure chest.

The Clear Space Theatre in Rehoboth hosts some of Delaware’s best acts. Tony award-winning productions, theatre classes and summer camps are just some of the opportunities at this tiny but mighty theatre company. Handicap accessible including the sound mate sound system for hearing impaired, the Clear Space Theatre caters to everyone’s needs with their exceptional customer service and seasonal line-up.

Year-round events at this beach theatre will have you wishing you lived close-by. From music to shows, to comedy and beyond, check out the Freeman Arts Pavilion's line-up. They also have educational shows for children and free events for the public.

Kevin James from King of Queens and Mall Cop is a huge fan of the Comedy Cabaret located in Wilmington, Delaware. And what’s not to like? They provide quality comedy and even participate in putting on fundraiser shows. Laughs and fundraising? Sounds like a great partnership. You can even book private and corporate shows. Keep an eye on their website for what’s coming up next.

View more Delaware Comedy Clubs.
Select a Delaware town to find
the Best Things-To-Do and Places To Go around you