The 7 Best Breweries in Delaware! 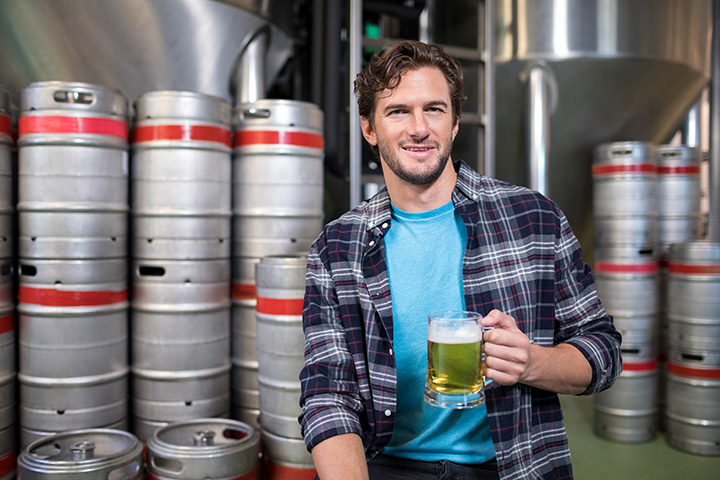 From award-winning to head-spinning, the best breweries in Delaware are an experience. Delawareans have come alive with creating their own fine craft beer recipes, sharing them with the public and creating their own brands. Beer is truly its own culture, and the state of Delaware is proud to host these artisans of the brewing evolution.

It’s easy to relax when you step into the Crooked Hammock Brewery Restaurant and Backyard Beer Garden in Lewes. Located along the Delaware shore, you can’t help but smell the salt air as you drink in the Hand of Buddha cream ale or Kornheiser Belgian Tripel. While you’re visiting try your hand at cornhole and listen to some live music off their side stage. Don’t worry, there’s plenty to eat on the menu, and not just for adults, but kids, too. Next time you’re heading to the beach make sure you take a swing on a hammock at the Crooked Hammock Brewery. By the way, the outside is pet friendly.  Just make sure to call before bringing Fido in case there are any other events going on that could interfere with Fido’s good time.

This is one brewery that just keeps breaking records. Dogfish Head just opened their brand new $4 million brewpub on Rehoboth Avenue in Rehoboth Beach in addition to their original location in Milton where the brewery is located and multiple other locations. The Milton Dogfish Head Craft Brewery houses their distillery where guests can take a tour and a taste. They even teach you how to pair different flavors with foods including fruits, meats and carbs. They release a year-long beer release calendar to keep fans coming back for more flavor each season. Check out their website for up to date information on events, beer releases and more.

Iron Hill has repeatedly won awards since 1997, with the most recent being last year for the silver medal in the World Beer Cup, Overload Stout, Coffee Beer category and bronze medal at the Great American Beer Festival for their Bridge St. Bock, Bock category. They aren’t in it for the glory but they are in it to bring you a qualify craft beer.

Grab a pint, sampler, 32 ounce or 64 ounce. Growlers and head to Mispillion River Brewing’s tasting room. Eric and his wife Megan celebrated his 40th birthday by deciding to open a brewing company that crafted beer with quality ingredients and a customer service drive that is the best in the industry. They pride themselves on the fact that their beer is for all drinkers, from noobs to nerds, from Hopheads to Stoutfaces, there is something for everyone to drink.

The superior quality and flavor of Revelation Craft beers stems from the ingredients they choose for each recipe. Their special blends consist of local and seasonal influences provide a unique experience of craft beers on tap year-round. Some of their more popular ales include Sussex County Mule and Mamajuana Brown Ale (Cask). Located in the heart of Rehoboth Beach, take a stop by Revelation Craft Brewing Company and sample one of their 11 craft beers.

Located in the historic Garrett Snuff Mill is a cool, low-key space to drink very good beer. This family owned and operated microbrewery has an ever-changing selection but some of their staples are the Nit Wit (a traditional Belgium witbier) and the Hopworts Express IPA (a traditional West Coast-style American IPA). You really can't go wrong with either of those. Stop into this place if you like well-crafted beer in a laid-back environment.

If you’re looking for a good brew, the blues, a different competitive food truck almost every time you visit, and good times, Blue Earl Brewing Company in Smyrna, Delaware just can’t be beat. This little brew house has turned into a huge success. Having been open for only two years, Ronnie “Blue” Earl Price turned his passion for developing excellent craft recipes into his livelihood, sharing his experience with family and friends and opening a successful brewery right in the heart of Delaware. Ronnie believed that American beers lost their former goodness with mass production and mass marketing so his theory was that if it couldn’t be bought, he would have to brew it himself.

1284 McD Drive, Dover, DE
About Us: "In 1995, the roof of the Rams Head Tavern in Annapolis, Maryland was removed and a brewhouse lowered in, handcrafting fine ales and lag... Read More

2667 Kirkwood Highway, Newark, DE
Pietro's Pizza first opened as a small take-out pizza place in Prices Corner in May of 1978. After years of running multiple locations, we finally ... Read More

2878 Creek Road, Yorklyn, DE
About Us:Alexa Hoffman became interested in craft brewing while in college at the University of South Carolina in 2008. As her father John was a ch... Read More

19269 Coastal Highway, Rehoboth Beach, DE
Welcome to Big Oyster Brewery The original Oyster Stout wasn't a style of beer, but rather an expression. After a long shift on the docks you might... Read More

19841 Central Street, Rehoboth Beach, DE
A common interest and a passion for good beer.At Revelation Craft Brewing Company we believe that with a solid core in fundamentals of process and ... Read More

320 Rehoboth Avenue, Rehoboth Beach, DE
About Us: Ever since the summer of 1995, we have been brewing, cooking, selling and talking everything beer. It's our pasttime, our passion, our l... Read More

501 North Bi-State Boulevard, Delmar, DE
Our Mission:3rd Wave Brewing Company is simply stated as a dream between two friends that has become a reality.Our mission is to produce a quality ... Read More
Select a Delaware town to find
the Best Things-To-Do and Places To Go around you